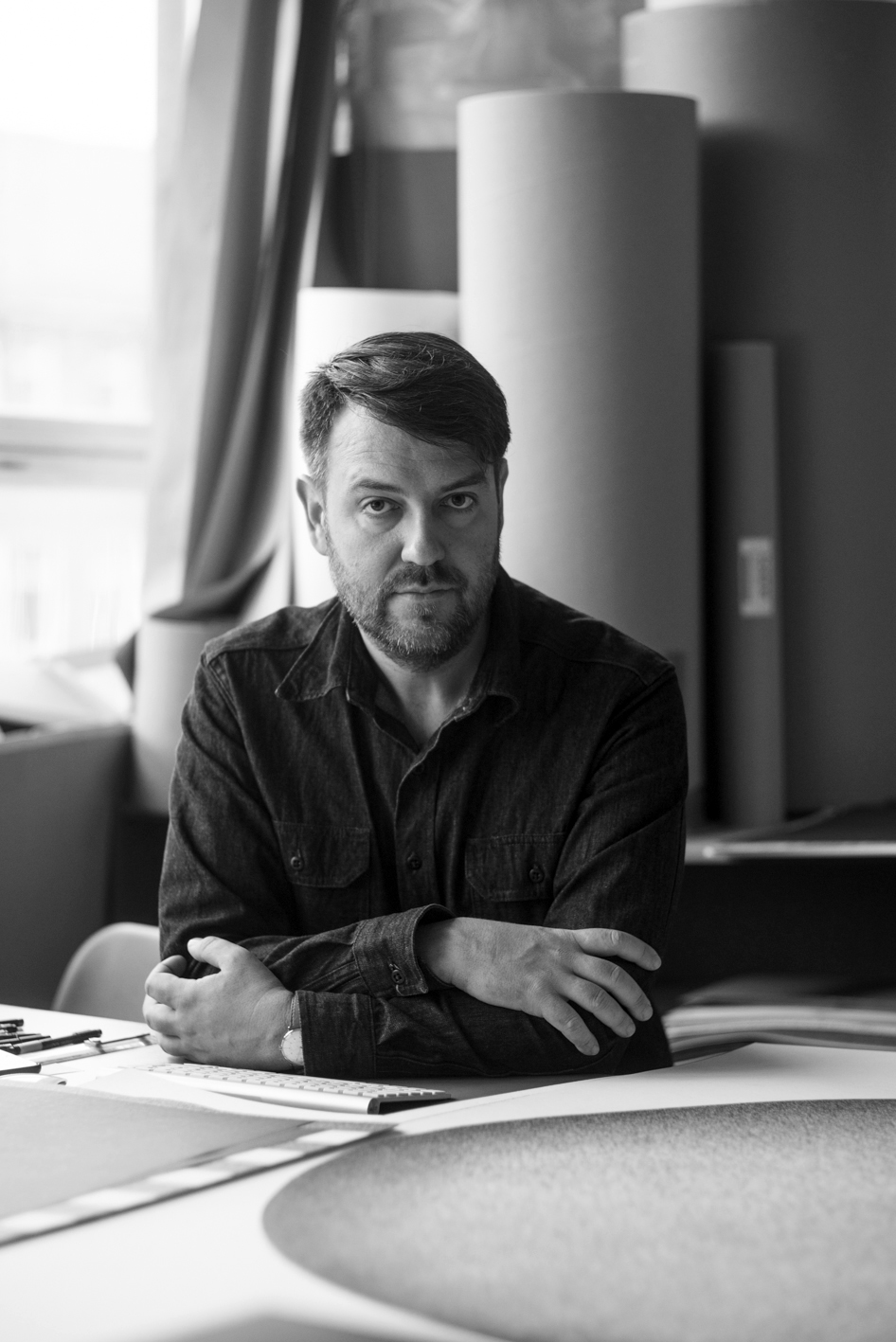 Ignacio Uriarte’s extensive body of work stems from a shifted perspective from his former job in administration to become an artist. Following the precept of working with what you know, Uriarte picked up stationary and its repetitive uses in office work as the vehicle of his creative production. In several series, for instance, he used ballpoint pens as monochromatic colour expansions through repetitive doodlings, thus covering given sections of the paper, forming regular patterns, and at times more organic-looking ones. His work often relies on self-imposed rules and geometric shapes, or cadenced motives that baffle the viewer, unable to decide whether to admire such displaced beauty made with objects stacked in our offices, studios or desks, or to be disconcerted by it.

This modus operandi naturally took Ignacio Uriarte to the field of graphic marking, establishing a close relationship between writing and drawing as the old Greek word graphein (to scratch, carve or write) suggests. He preternaturally redefines the field of contemporary drawing by taking it to a scale, on the wall, in the exhibition space but also in terms of time, that would be more usual for murals, painting or photo-realistic work. There is something of Vera Molnar in his determination in representing structures, time, patterns through a disciplined drawing practice that frees the eye and the mind from static, object-based visual representations. There is a compelling contrast between the preciseness of the work and the ordinary materials used to make it, which places his practice in the more traditionally female area of handmade pattern-making, and the artist in the humble stance of the invisible magician.

The complexity of our relationship with “admin” is illustrated by a tradition Uriarte’s work critically engages with. There is, indeed, a whole constellation of cultural attachment to bureaucracy and the administrative work environment: Bartleby, The Scrivener (1853) an anti-hero known for opaque refusal of office work, was Henry Melville’s way of envisioning resistance to how the pre-digital modern world would crush its workers; in contrast, a sort of romantic projection has been built around the modernist Portuguese poet Fernando Pessoa (1888 – 1935) working as a clerk in a business information company in Lisbon while living many literary lives; and finally, the Spanish author Pablo d’Ors published in 2003 the tales of August Zollinger, who for a while sublimates office work as a life lesson of humility, which almost reads as a redeeming quality of the repeated work; not to mention both British and US version of the sitcom The Office where dread and love intertwine. Ignacio Uriarte’s material oscillates between the inherent de-humanisation of the office and the mindfulness of aesthetic material criticism of standardisation and neutrality.

This is, moreover, an unusual relationship between the artist and their material: a sort of appropriation of past suffering through the stuff that enabled it, epitomising its most numbing effect as a philosophical questioning. However, this inherited cultural tradition of fictional office delirium, and Ignacio Uriarte’s own experience as an administrative worker, are as much a topic of his work as the many crossovers between lines, dots and repeated gestures typical of stationary decoration and office spontaneous choreographies, that are nevertheless also found in abstract art, minimalism, concrete poetry, conceptual art and even less well-known artist movements such as the German Material & Wirkung, founded in the 1980s. It is there as an artistic language too with which Ignacio Uriarte reconnects through the displaced practice of the white-collar worker. The conventions of art exhibition, the parergon, are also used by the artist, subtly, alongside the office tools as a neutralising force within a field that is supposedly creative.

In fact, Uriarte’s work manifests not only repeated gestures but also the typical accumulation of mass produced stuff, reflected by the endless use and circulation of stationary. The artist’s choice of the same bland object, over and over, is telling: crumpled or folded sheets of paper, binders, wristwatches, yellow rubber bands are used, forming shapes, often circular, marking the wheel of time as repetition, beyond the office, taken to its deeper meaning. What is repeated and why? Or where? What do we look at and do we really see it? Where does our value system lie within the repeated gesture of everyday life? What does this repetition affirm or deny?

Ignacio Uriarte is bringing to Worlding the project of an even bigger scale for his works with patterned paper folds. Moreover, he is using stamps with geometric motives he created to produce patterns mechanically on a given surface. And finally, adding to his moving between writing and drawing, he is producing a sound piece based on the noise of mechanic writing-machines and other recorded sound patterns.

Ignacio Uriarte’s residency is supported by: